Slowing things down for the next little while. So many changes happening, but the one thing that is constant is my practice❤️ 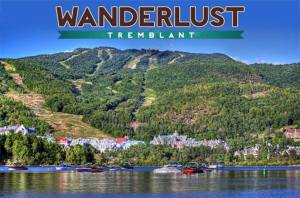 Last month over the weekend of August 23rd, I went to Wanderlust Tremblant. Wanderlust is a yoga, music, and nature festival that takes place in beautiful locations around North America. I was so excited when they announced that they were coming to Mont-Tremblant. Only 1 hour and 30 minutes drive from my hometown!! This was a first for the festival and was on a trial run, but the turnout was great, it was completely sold out! I drove up friday afternoon and enjoyed walking around the village. It was such a beautiful weekend. Later that night I watched one of the many performances that took place and then was off to bed, I had a 6:00am wakeup call! Early saturday morning I woke up to take my first class at 8:00am called SUP Paddleboard Yoga. I was a little hesitant to sign up for this class at first, but boy am I so glad that I did! I thought I was crazy thinking that I could balance on a Paddleboard on the lake, let alone trying to do any yoga poses! It was such an incredible experience and surprisingly it wasn’t that difficult to catch my balance. My class was taught by two wonderful teachers; Nadia Bonenfant and Mélissa Vaillancourt. To read more about SUP yoga visit this website: http://ksf.ca/en/sup/sup-yoga/

The following class I took was at 10:00am called Intro To Slackline. I was also a bit hesitant to take this class as well, but getting out of my comfort zone and meeting all the people in my class that were just as nervous as me, made things better. On top of it, the name of the class had the word “Intro” in it, so I figured I was safe! This class was led by The Yogaslackers (Brendan DeVincent and Link Zampino). These guys were so much fun and made you feel completely at home. To learn more about The Yogaslackers and Slacklining visit their website: http://www.yogaslackers.com

My last class of the day called Magically Hips was taught by the lovely Eoin Finn. I can truly say that this class changed my life…well my yoga life. Even with a class of 100 people Eoin somehow managed to introduce new poses and teach in such detail, which is something that is not easy to do with a crowd so big. I learnt so much in that class and can truthfully say that it was definitely my favorite yoga class I have taken thus far. Not to mention, the guy is hilarious! I can’t remember the last time I laughed so hard!! If you ever have a chance to take a class taught by Eoin, I highly recommend it. Even if you’re just a beginner yogi, it’s ok because he gives variations to all of his poses making his classes suitable for all levels. To find out if Eoin is coming to teach somewhere near you, check out his site: http://www.blissology.com

All in all, I had a blast at Wanderlust Tremblant. Meeting such open-minded people, making new yogi friends, and hanging out with old yogi friends, I can say as cheesy as it sounds, it was the best weekend of my life! So excited for next year!! To learn more about Wanderlust Festivals and to join in on the fun next year, click the following link: http://wanderlustfestival.com

Let me start off by saying i’m a dreamer. I thought I should warn you before you continue to read my posts! I’ll talk a lot about goals I want to accomplish and visions that I have for my life. (And hopefully be posting about my success of some of those goals). I’ve always been one to have goals. And I think dreaming is a huge part of having goals. Sure, you might have completely audacious, unrealistic goals, but what’s the point of life if you can’t dream big and have a little fun! At the end of the day, if you tried your hardest to achieve a goal and it didn’t work out, I aways try and try again, until I achieve it. Of course sometimes it may be a little frustrating and can sometimes bring you a little down, but the point is you’re trying, and that’s all that really matters in the end. Ok enough about goals!!! (I can’t say I didn’t warn you! haha) Let me tell you a little bit about me. 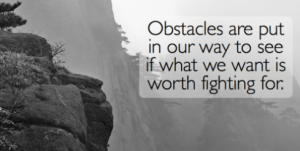 I recently decided to go back to school in September 2012 after taking some time off. During my time off I worked as a full time nanny to three incredible children. I loved every second of it! I can’t wait to one day start my own family. I am still in school studying Interior Design. My plan was to stop working once I started school and just focus on school full time, but that’s not what happened. For those of you who have kids, or have ever taken care of them, they’re not something you can just walk away from! I felt so at home taking care of those kids and in a way I felt like their older sister. I couldn’t just leave! In the end, it all worked out, as life normally does! I am going to school full time and still working for the family part-time. Just a few more facts about me. I’m a yogi. I took my first yoga class when I was 17 and never looked back. I can truly say that the practice has changed my life. It’s so amazing how one little decision in your life (like randomly deciding to take a yoga class last minute at your gym) can completely transform your life. I am currently looking towards getting my 200 hour certification to become a yoga teacher within the next coming year. With yoga also comes health and nutrition. I have become so fascinated with everything I have learnt and continually learning about the body, how it works, and how what you put in your body really truly does effect how you function. With this came the discovery of Ayurveda. If you don’t know what Ayurveda is, I highly suggest that you research it, it’s amazing how it works. I also love to cook so this has come in very handy when trying to eat well. I’m constantly coming up with new recipes and snacks that I think are pretty awesome! Who knows maybe i’ll write a cookbook one day! (That’s another goal to add to the list) With all that said i’m also looking into getting my certification to be an Ayurvedic Practitioner and on top of that I just had an interview today for the role of an educator at Lululemon. (I’ll let you know how that turns out!) I guess you can say I like to keep busy haha. Hopefully you enjoyed reading my first post and continue to come back and visit my blog! 🙂